Where to eat in Trinity Kitchen: Old Granary Pierogi brings a taste of Poland to Leeds

One of the most wonderful elements of Trinity Kitchen is the opportunity it presents to sample cuisine from parts of the globe that we haven’t been to before.

We have actually been to Poland, but didn’t get the chance to try much authentic local cuisine, such as kopytka or pierogi. So, when the chance arose to head down to Trinity Kitchen and try the food from the award-winning Old Granary Pierogi team, we jumped at the chance to try some of these delicacies.

Pierogi is a traditional, hearty Polish dish which resembles Italian ravioli when boiled or the traditional Cornish pasty when baked, meaning that if you fear the idea of something very unusual you shouldn’t be put off this if you’ve ever enjoyed a tasty pasty or a trip to an Italian restaurant! 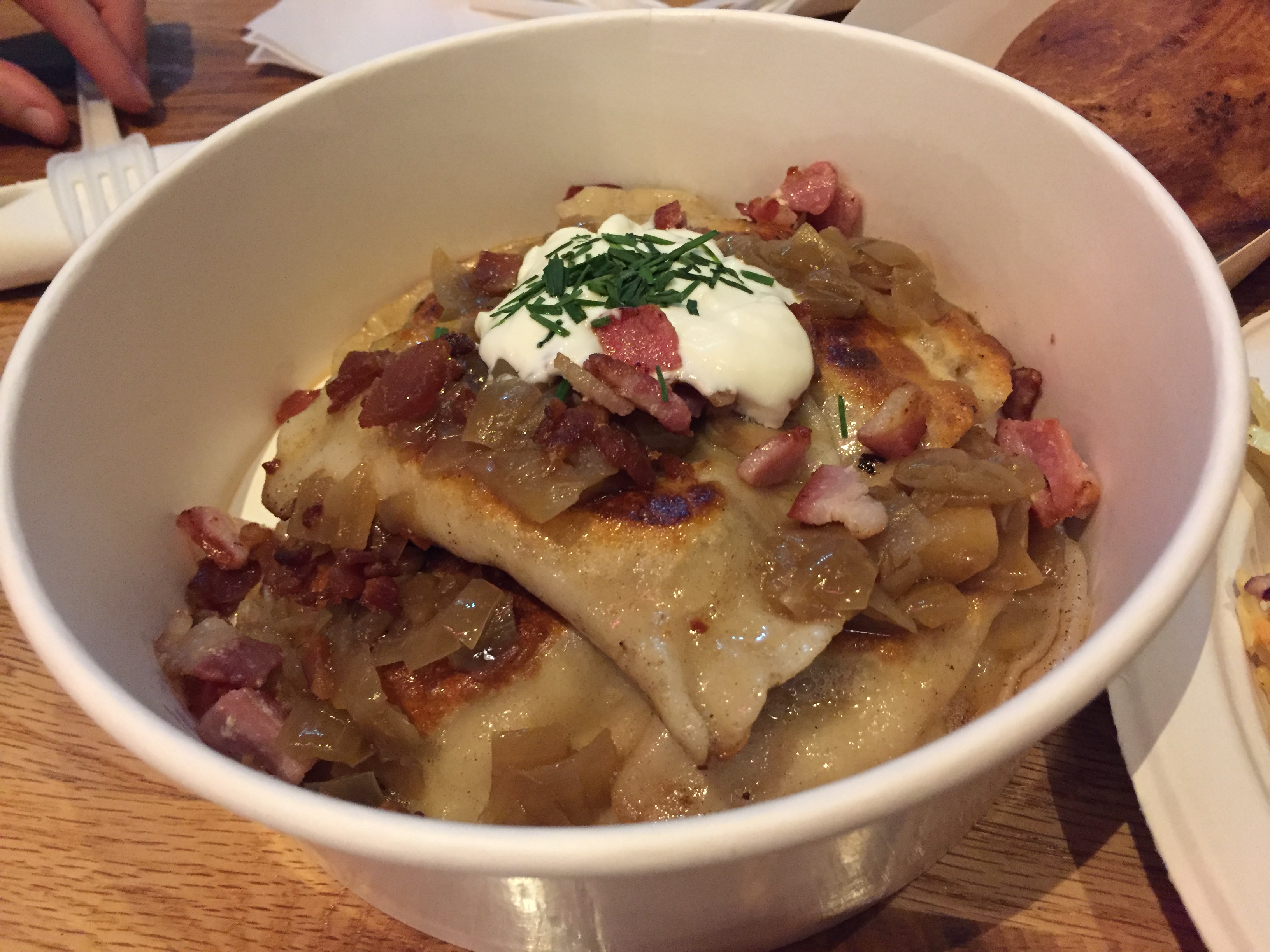 With a huge range of flavours on offer, we eventually opted for a mix of mushroom and ruskie (potato, curd and caramelised onion) fried pierogi and two baked ones, one with chicken and the other with bacon, spinach, potato and smoked cheese. Both baked pierogi came with a freshly made slaw.

The baked pierogi were certainly on a level, if not better, than the finest Cornish pasties we have eaten in the past, and were devoured with particular relish by our 18-month-old!

The highlight for us, though, was the fried mushroom pierogi, which came with lovely chunks of bacon, a beautiful soured creamy topping and to die for fillings.

The Old Granary Pierogi team also offer up daily specials, kopytka (Polish gnocchi) served with beef goulash or wild mushroom sauce, bigos (Polish hunter’s stew), Polish style breakfasts and even cake, so there is really no reason not to pop down and indulge in this unique and very impressive cuisine (in Leeds until the 18th March).