When it comes to baking, there’s a fine line between recipes that take a fair amount of effort but reap rich rewards, and recipes that involve a lot of time and energy but which leave you feeling slightly frustrated and like you’ve wasted your time a little.

Unfortunately this week I strayed into the latter camp when I made brownies from the cookbook Bread, Cake, Doughnut, Pudding by Justin Gellatly, Head Baker and Pastry Chef at St John. 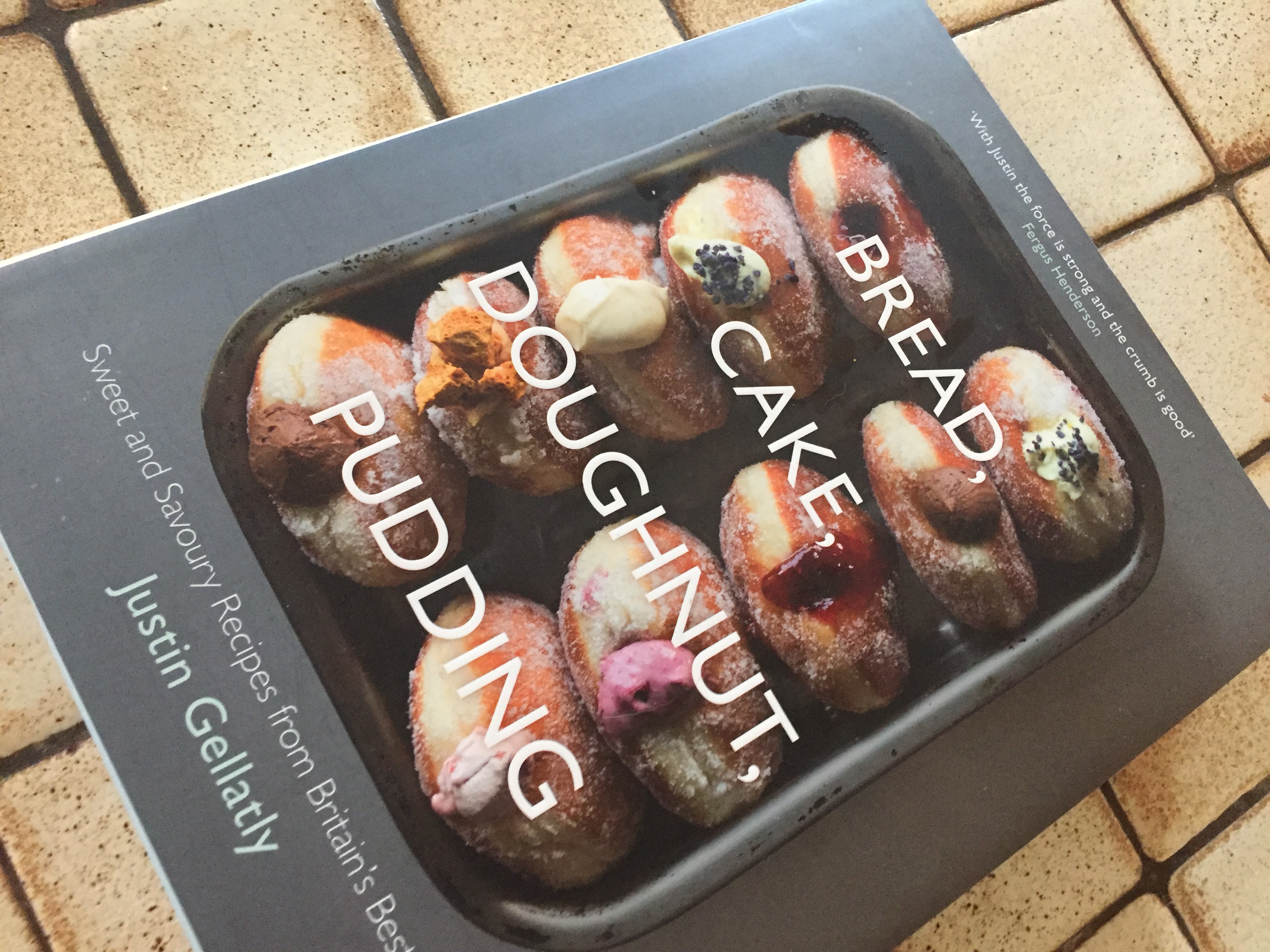 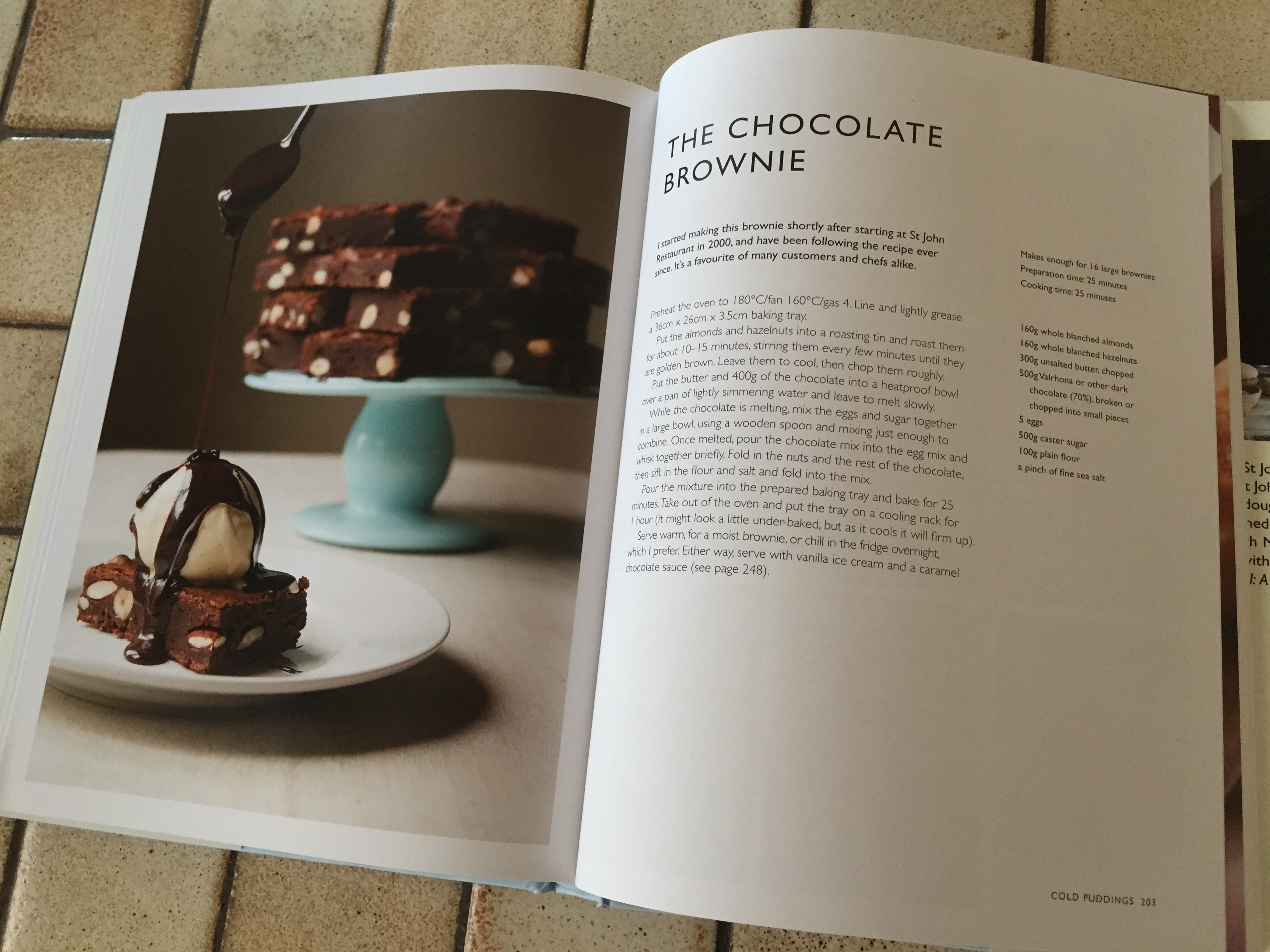 It wasn’t that the recipe was complex (it wasn’t) or that the end result wasn’t tasty (it was), but I felt that for the amount of time spent and energy expended, I should have ended up with a far tastier end result.

I used to make a brownies recipe from the BBC Good Food website and it was the easiest recipe you’ll ever find for baked goods. I honestly think I’d prefer to eat those brownies than the ones I made from Gellatly’s cookbook.

It also didn’t help that the cooking times were way off. I had to put my brownies back into the oven to cook for pretty much double the advised time in the cookbook. It always annoys me when this happens and is one of the reasons why I don’t bake very often. I can’t stand it when instructions are wrong or I have to play guessing games in terms of when things are cooked.

On the flip side, the brownies were nice and for nut fans in particular, this is a recipe worth trying.

Here’s how I made these dark chocolate, nutty brownies…

After preheating the oven to 160 degrees (fan oven), I greased a brownie tin and poured around 150g each of hazelnuts and whole almonds into a roasting tin. These went into the oven for 10-15 minutes until they were nice and brown. I then spooned them onto a chopping board and roughly chopped them. 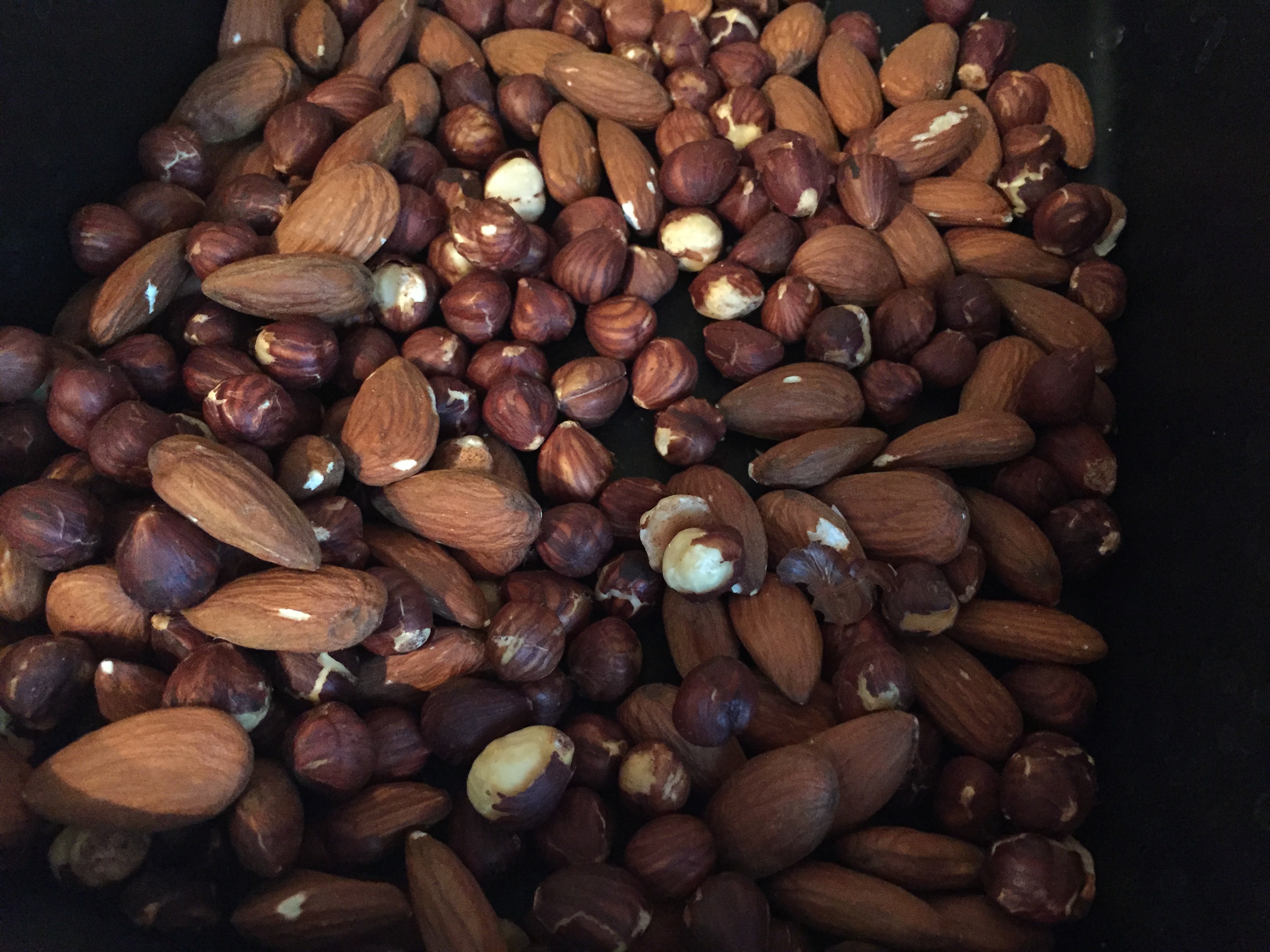 I then put 300g unsalted butter into a bowl with 400g dark chocolate (70% or above. I used Aldi chocolate to save the pennies and it was really nice!) and melted it over some boiling water. Whilst the chocolate and butter was melting away, I mixed five eggs and 500g caster sugar (yes, 500g, I was so shocked by the amount of sugar!) together and then added the melted mixture. I folded in the chopped nuts and the rest of the chocolate, broken up into pieces, and sifted in 100g plain flour and a pinch of sea salt.

The mixture was baked for 25 minutes in the greased tin. I then took it out the oven and it was pretty much raw! Back in it went for around 20 more minutes until it was cooked through. 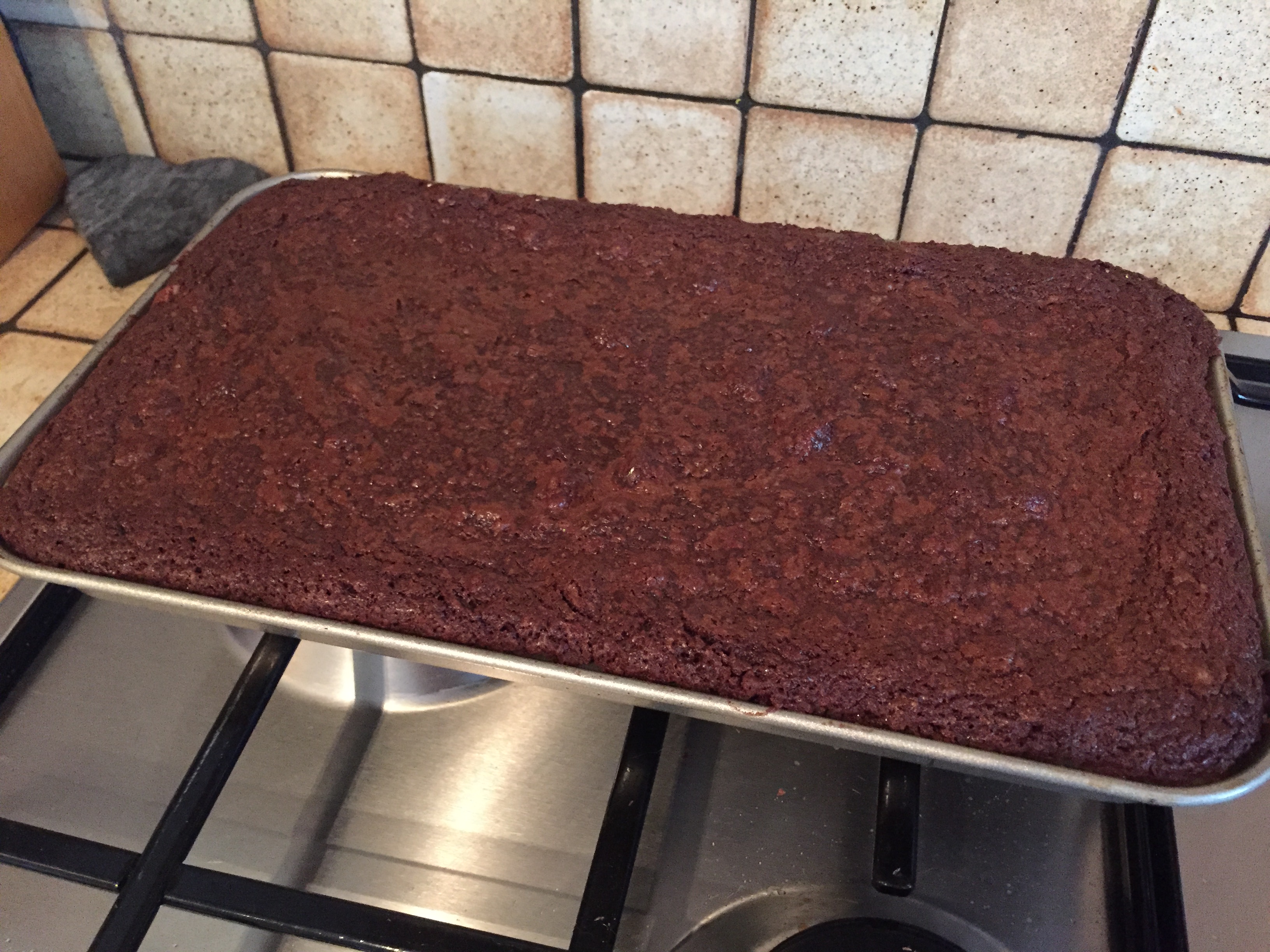 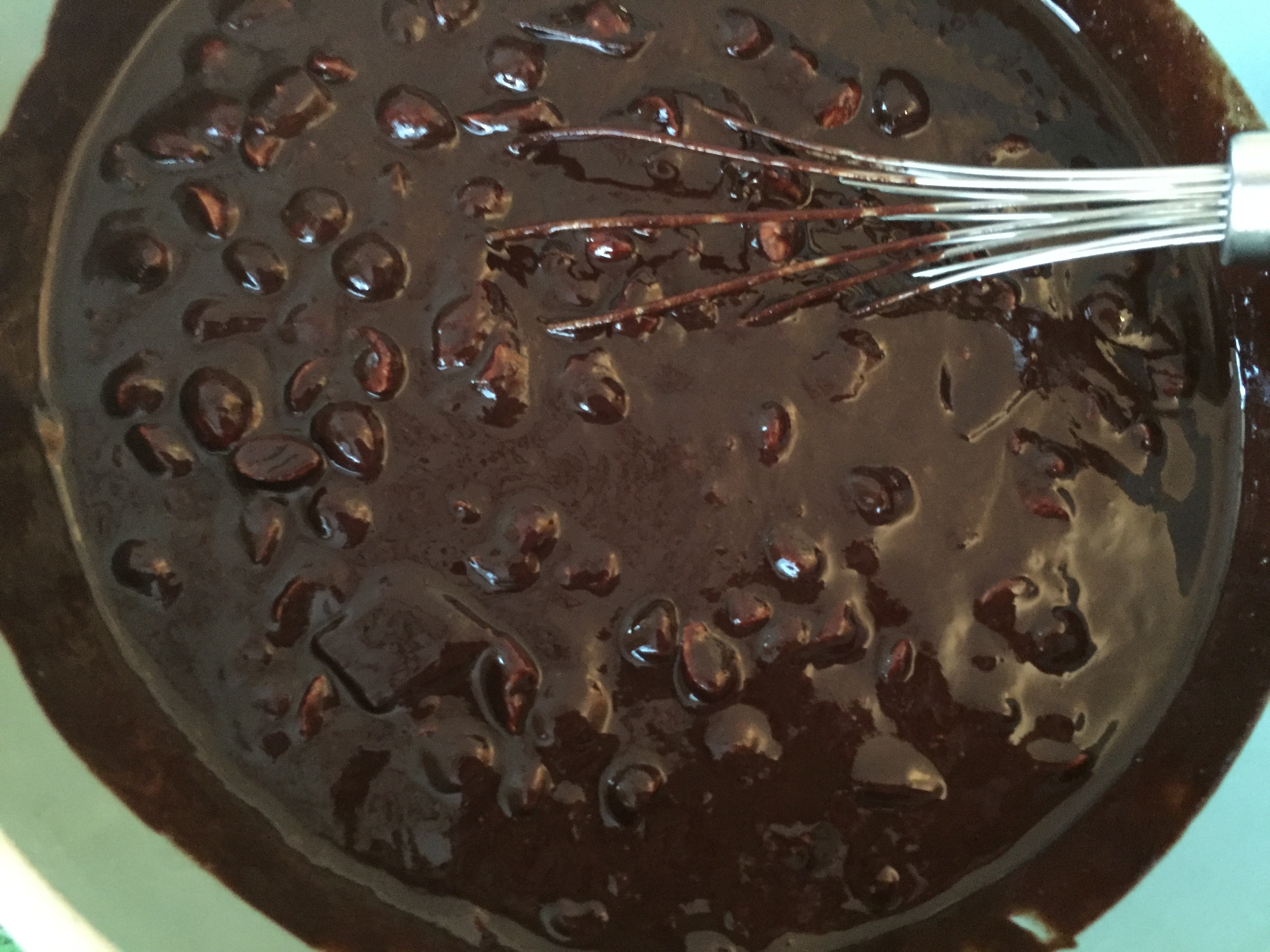 Don’t get me wrong, these are nice brownies, but for the time spent (and I’m including the time I spent being annoyed at the dodgy cooking times!) I’d probably have been better off using the super simple BBC recipe!